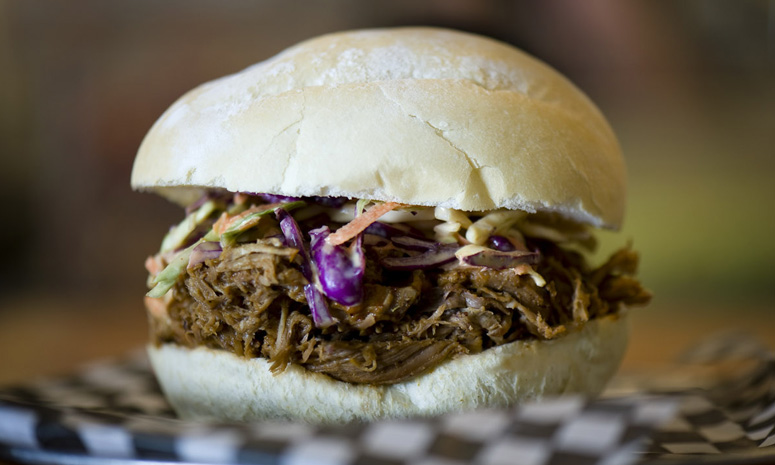 Those who like their meat cooked “low and slow” know Re-Up BBQ is home to the best Southern Barbecue fare this side of Fraser River. The team at the counter service restaurant smokes meat onsite every day. There’s no need to make a reservation; you can simply drop in, or you can call ahead to place your order for take out. In the summers, the patio or nearby Pier Park are great places to enjoy a bucket of chicken or BBQ platter.

In 2010, after Michael Kaisaris threw his name into a lottery for one of Vancouver’s first street food licenses (and surprisingly won it), Re-Up BBQ food cart tirelessly supplied the street corners of Vancouver’s downtown financial district with addictive pulled pork and beef brisket sandwiches. The tiny food cart was hit by a bus in 2013 (Rest in Peace, Agnes!); however, the Re-Up team still supplies the Lower Mainland with BBQ made at the restaurant and delivered hot to catered events – see below for the group order form.

In 2017, after an unexpected relocation to BC’s interior, Michael left his baby in the hands of long time friend and business partner Kelly. Re-Up in the River Market continues to provide the exact same recipes to its loyal customers as it has since day one