(New Westminster, BC) Nov. 20, 2012 — There are more than 2,000 varieties of cheese in the world, and now, with the addition of La Grotta del Formaggio to River Market, New Westminster will have access to a delicious new selection from renowned cheese-making regions such as Italy, France, Spain, Germany, and some local varieties from B.C.

Established on East Vancouver’s Commercial Drive in 1979 by Fortunato Bruzzese, La Grotta Del Formaggio draws a daily crowd for its cheese and cured meat selection, for its olives and oils, and for its famous Italian sandwiches. Now, with the new deli counter in Donald’s Market, New Westminster gets the same taste of Italy. Right out of the gate, the cheeses, meats and sandwiches are available for hungry customers, as well as prepared antipasti, including buttery Cerignola olives, stuffed peppers, and fresh bocconcini. Other notable additions to the deli counter are the soups and stews of Liquids & Solids, coffee from Commercial Drive Coffee Co., and Herbal Republic tea. Many of the products will also be available for home purchase within Donald’s Market.

Sandra Bruzzese says it was the relationship between the two businesses that facilitated the move to New Westminster.

“It’s a good fit. In East Vancouver we’re all about small, independent business, and we support each other. We have a relationship with Donald’s; we supply the three stores from our wholesale division, and we’re also customers. I do my own shopping there — the prices are so much better than those at Whole Foods, for the same products.”

The new addition to Donald’s comes as the grocery store celebrates a milestone: it’s been two years since it opened as one of River Market’s first tenants in 2010. Also an East Vancouver institution, the three brothers behind Donald’s Market — Gary, Donald and Glen Joe — have been serving a fiercely loyal Sunrise neighbourhood clientele since 1986. The independent store has evolved over the years; from selling mostly produce to carrying a wide selection of well-priced organic and conventional food, drinks and grocery items, personal care products, cleaning supplies, kitchen tools and pet supplies. It also grew to three locations, including the flagship store in New Westminster.

As at its other stores, Donald’s Market has swiftly stepped into the role of community partner, introducing the ONE program, which gives one per cent of sales to community groups and projects in New Westminster; and offering a discount to first responders and transit operators in uniform. La Grotta del Formaggio will also support Donald’s community initiatives.

“We’ve spent the past two years really getting to know the New Westminster clientele,” says Donald’s General Manager Eric Siu. “We find we’re doing more special requests at this location, bringing in items that are hard to find locally. We’re happy to do that — as an independent business we have a bit more freedom to customize our stores for the community. It’s just one of the things that sets us apart.”

About River Market at Westminster Quay
Food and fun come together every day at River Market, where the hungry and curious gather to eat, shop, and play. First opened in 1985 as Westminster Quay Public Market, the 72,000-square-foot marketplace on the Fraser River underwent a food-led revitalization in 2008 to become a hub for community life. Today, it showcases 20 of B.C.’s best independent shops and restaurants all under one roof. Find out more at rivermarket.ca. 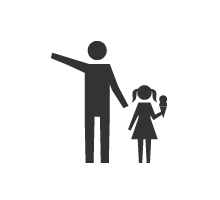