ONE Terrific Community Grant Program: ONE Prize launch in 2016

(New Westminster, BC) — Applications are now open for the fifth year of ONE Prize; the hunt is on once again for innovative, community-based projects.

The projects kick-started by ONE Prize have been both big and small. Some projects create opportunities to bring neighbours together, for example, PopLuck, a series of pop-up potluck picnics, and Crafts for Kids at Heart, a series of craft nights for grownups. Some projects seek to tackle social issues such as Refood, a social enterprise working to reduce food waste by turning excess produce from local grocers into healthy lunches for those in need. “Each project, regardless of size, demonstrates an incredible commitment to this community.” says River Market’s ONE project lead Leslie Shieh.

Donald’s Market and River Market launched ONE Prize in 2012 as a community fund for New Westminster. When ONE members shop at Donald’s Market, the grocery store contributes 1% of every dollar spent to the ONE Prize fund. The winners are decided by members who vote for their favourite projects from a shortlist of submitted proposals.

For 2016, ONE members have collectively raised $4,500 for the ONE Prize. Three projects will be awarded $1,500 each. The project group can be a non-profit organization, a for-profit enterprise, a community group, or an individual. The aim of ONE Prize is to kick start new projects or strengthen existing ones, rather than to fund a group’s ongoing operating costs.

Donald’s Market store manager Linda Chen says it’s about collectively investing in our own backyard. “By itself, 1% of one person’s grocery bill does little, but when pooled together with your neighbours’ 1%, the fund has been able to support a number of terrific projects.”

Project proposals are submitted online. The deadline for submission is April 10, 2016. Please visit www.rivermarket.ca/oneprize for more information and the online submission form. After receiving submissions, River Market and Donald’s Market will shortlist the projects and ask ONE members to vote. Prizes will be announced mid May 2016.

To contribute to the ONE Prize fund, shoppers can sign up for Donald’s Market’s Goodness Rewards program.

About River Market at Westminster Quay
Feast and fun come together every day at River Market, where the hungry and curious gather to eat, shop, and play. First opened in 1985 as Westminster Quay Public Market, this 75,000-square-foot marketplace on the Fraser River pioneered a food-led revitalization to become a hub for community life. Today, it showcases 20 of B.C.’s best independent restaurants, shops, and schools all under one roof. Stay hungry and curious at rivermarket.ca. 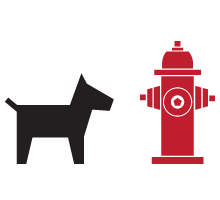